A LioniX International hybrid laser has endured near sub-zero temperatures, delivering almost unaffected output power. The lasers performed in spite of harsh treatment by a team at the University of Muenster paving the way for hybrid integrated photonics in cryogenic quantum research.

In the super-cooled quantum world, every photon counts. This is especially true for the team at Pixel Photonics, a young quantum start-up spun out from the University of Muenster. The company use superconducting nanowires to build particularly sensitive single photon detectors for use in quantum sensing and communication. And in such sensitive situation, lossy optical couplings are a problem.

So for the team at Muenster the low-loss coupling of LioniX International’s chip-based hybrid laser was an interesting example of a low loss device. Such a system not only has very precise, low loss integration of components, but needs fewer copper wire connections. Copper is a problem because it creates troublesome thermal conduits to the outside world, making life difficult for researchers struggling to maintain the unearthly cold of a cryostat.

Impressed by the room temperature behavior of the LioniX laser, the Muenster researchers had cause to wonder: In terms of cryogenic performance, how low can it go? We lent them a laser to find out. 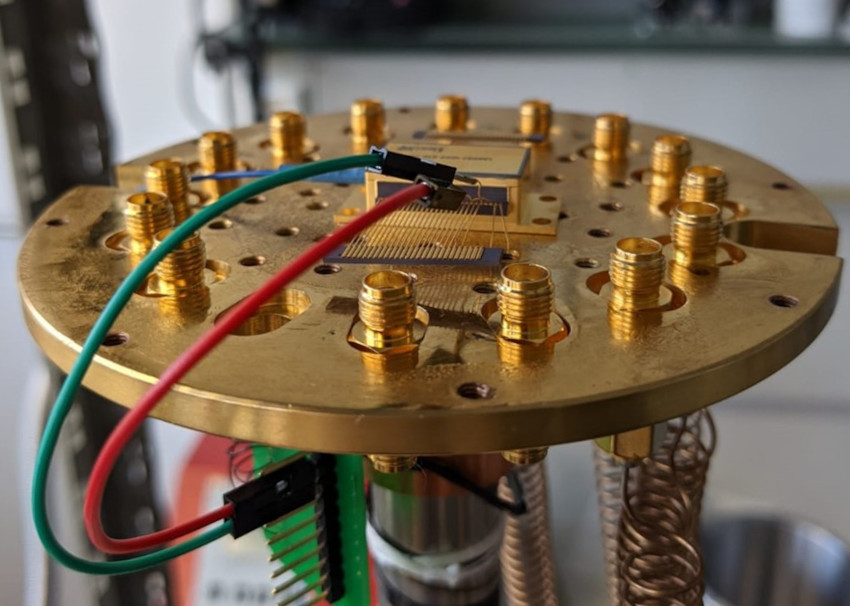 Whilst only a preliminary experiment, the results were impressive. After powering up the laser in gain-only mode (with no tuning elements enabled) and attenuating the power to keep their single photon detectors safe, the team slowly lowered the temperature to three degrees kelvin. The laser showed almost unattenuated light output throughout the entire cooling range.

Fig 1: Attenuated light output down to 3k. The oscillating output is due to mode hopping. This behavior is characteristic of the external cavity that the team chose not to actively tune. The  resonance of the cavity in this case is determined by the ambient temperature alone causing hopping as the temperature changes. The two fit-lines show the output power during the cooling phase (right most line) and on raising to room temperature (left most line) with the hysteresis evident due to the time taken to reach thermal equilibrium.

After pushing the limits of temperature the team also monitored the laser’s performance over time – holding it at three degrees kelvin for several days. Again the performance was remarkably stable. 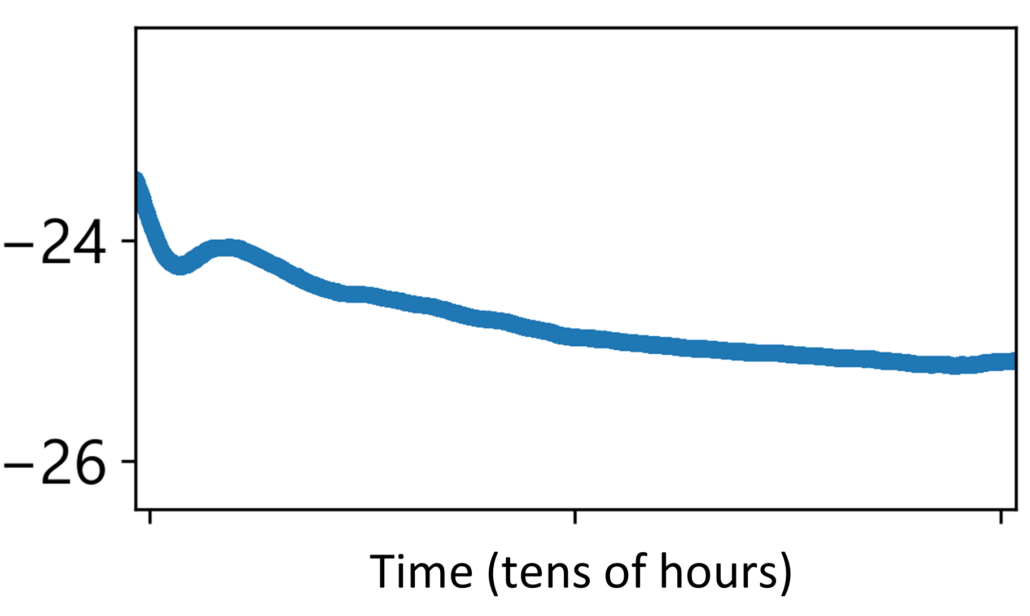 The findings show that the laser – both in terms of construction and components – is extremely durable throughout a huge temperature range. The results come not long after the a similar laser survived brutal shock testing, performing consistently in the face of extreme treatment on an aviation vibration table.

The low temperature performance of the hybrid construction, indium phosphide gain section and the glue between photonic integrated circuit (PIC) chips is promising for optical systems that have to perform at extreme low temperatures. This includes vital technology for emerging quantum sensing and computing applications as well as components destined for space.

Having put the laser through it’s paces, the Muenster quantum scientists are now looking to work with LioniX International to make exotic integrated optical devices of their own. Items on their wish-list include low-loss (<1dB) broadband (>1000nm) fiber-to-chip coupling for waveguide integrated superconducting nanowire single-photon detectors, as well as combining functional or active photonic components on chip.

About us
Scroll to top